by Alex 3 years ago 2 min read

Wall Street always downgrades stocks at the bottom raising stock targets while the momentum is there helping them to unload on retail investors still convinced there are free lunches waiting for them down the road.

Fortunately, for Twitter savvy investors I was here urging them buying Twitter ahead of the breakout. At that time, I knew that Wall Street planned upgrading Twitter later on.

This is one of the advantages of selling our services to prominent investment banks, hedge and sovereign funds.

Twitter the Stock Bubble is Back! Massive Short Position!

I confess that I sold short Twitter ahead of earnings report, but more important, I quadrupled the size of the short position on the day I urged Facebook investors bailing out selling at $217 ahead of the biggest wipeout in stock markets history of a large public company. 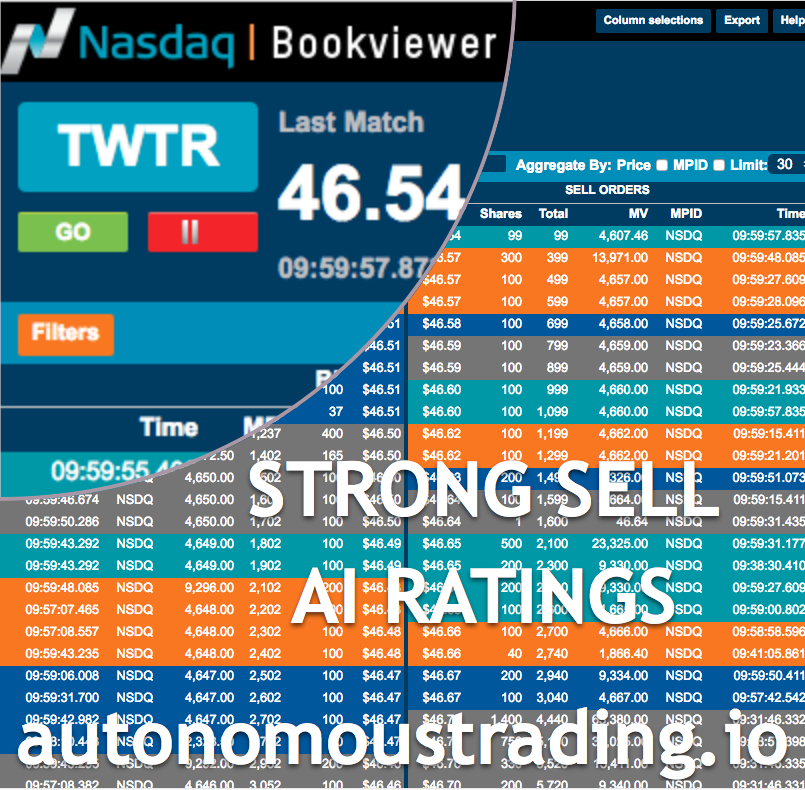 Twitter is even more expensive than Facebook was. Only the complete imbecile believed in Twitter price projections $60 ahead of earnings glambing on options. These niggers are now out of Twitter being forced to close their positions with tremendous losses. There has never been any risk investing in Twitter since IPO following my personal guidance. Vieira

The Impossible is Actually Possible!

According to the most recent statistics released by official sources we continue having the highest number of idiots believing in Wall Street. This is excellent news for Wall Street and for us.

No one believed in Grigori Perelman when he released the solution to the "impossible", simply because no one else could do it.

Likewise no one else can do what you have seen happening in Amazon share price after-hours as soon as the company reported earnings. We did it ourselves. Furthermore, we have doing it for years.

It is suggested that you refer to the hundreds of reviews, interviews and thousands of case studies available for consultation before you start investing in the markets.

I started a new project which can be seen here.

Read more posts by this author

Master's from UMIST with high distinction. Invited for Ph.D. at the Imperial College of London & Oxford. The field was programming and wave theory for stealth bombers. Started in algorithms in 1989.

The link has been copied!

Please enter at least 3 characters 0 Results for your search

May we suggest a tag?

May we suggest an author?